The legacy of american arts, film and comedy secured in the cloud

18 December 2013 – Today it was announced that Emerson College has selected Preservica to safeguard its digital assets. Preservica will make accessible and preserve Emerson’s institutional records, special collections, and The American Comedy Archives.

Founded by Charles Wesley Emerson in 1880, Emerson College, located in the heart of Boston, Massachusetts, is the nation’s première institution in higher education devoted to communication and the arts. Emerson is internationally recognized in its fields of specialization: Writing, Literature, and Publishing; Performing Arts; Visual Media Arts; Communication Studies; Journalism; Marketing Communication; and Communication Sciences and Disorders.

We collect material related to American comedy and the history of comedy, which spans everything from stand up to television sitcoms, live performances and music. We also have special collections which focus on areas such as journalism, radio, television, theatre and film which we use to facilitate teaching at Emerson. Our archive occupies nearly 1,000 linear feet and holds books, photographs, reels of audio tapes, audio cassettes, over 15,000 video tapes and more than 150 films that constitute our collections.”

While Emerson is well equipped to deal with paper and physical records, a records management program illustrated the need for a solution to the long term curation of permanent digital records.

Christina explains: ​“We recently went through our reaccreditation process. Ten years ago this was all paper based but the most recent process was all digital. I had other departments asking me ​“where’s this document – I can’t find it”. We soon realized that a lot of digital material was scattered on various servers and the archive only had paper, so we needed to quickly get digital content in a safe and accessible system to serve our community and institution. “

Christina continues: ​“President Lee Pelton took office at Emerson on July 1, 2011 and set a clear vision and mandate regarding our digital records. In our first meeting, Lee stressed that digital was not going away, and gave us the challenge to preserve Emerson’s digital legacy. This became very real at his inauguration, where photos and video were all digital but left us with the challenge of how would we capture, collect, and preserve that event,” she said.

Christina concludes: ​“We decided to find a solution that was quick and easy and relatively inexpensive which is exactly what Preservica has to offer. Preservica handles a huge catalog of formats, which is great because we have digital content that has been sitting on servers for almost 30 years. We’re a typical small archive with limited staff but with Preservica it’s like an extra pair of hands since it can automate the conversion of aging formats and we get automated protection guarding against any bit loss. We also found that the Preservica training offered was very helpful giving us the hands on experience we needed that then helped us make decisions about our digital preservation policy.”

Jon Tilbury, Director of Archiving Solutions for Tessella commented: ​“We are delighted to announce that Emerson College has chosen Preservica, giving them a scalable, reliable and secure archiving service to digitally preserve their legacy.

Preservica is based on the advanced Tessella SDB technology in use at leading National Archives and Libraries and runs on Amazon Web Services, making the same level of digital preservation services available to businesses, organizations, and memory institutions that need to protect their digital wealth without incurring all the human and capital costs of running such a specialist service.

Notes to the Media

About Digital Preservation at Tessella
Tessella is a world leader in digital preservation solutions, technology, consulting and research. Customers across 4 continents rely on our products to preserve their priceless digital information. Our solutions range from our cloud based Software as a Service offering, Preservica, to custom on premise installations of Tessella SDB. In 2011 Tessella and the UK National Archives won the Queen’s Award for Enterprise in the Innovation category for Tessella SDB the technology behind Preservica.

Learn more about Digital Preservation and Tessella SDB at www​.dig​i​tal​-preser​va​tion​.com

About Emerson College
Located in Boston, Massachusetts, opposite the historic Boston Common and in the heart of the city’s Theatre District, Emerson College educates individuals who will solve problems and change the world through engaged leadership in communication and the arts, a mission informed by liberal learning. The College has 3,660 undergraduates and 829 graduate students from across the United States and 50 countries. Supported by state-of-the-art facilities and a renowned faculty, students participate in more than 80 student organizations and performance groups, 14 NCAA teams, student publications, honor societies, television stations including the Emerson Channel, and WERS-FM, the nation’s highest rated student-run radio station. Emerson is internationally known for its study and internship programs in Los Angeles, Washington, D.C., the Netherlands, London, China, and the Czech Republic. A new permanent facility on Sunset Boulevard is being constructed for its L.A.-based program, estimated to be completed by January 2014. Emerson has an active network of 32,000 alumni who hold leadership positions in communication and the arts. For more information, visit www​.emer​son​.edu.

About Christina Zamon
Christina Zamon is also the author of The Lone Arranger: Succeeding in a Small Repository, published by the Society of American Archivists and available at Amazon, which offers guidance on how to handle common work demands while promoting archives best practice. 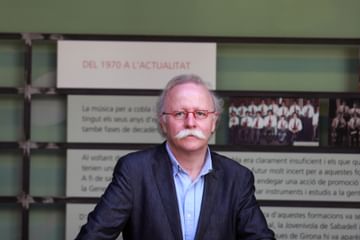 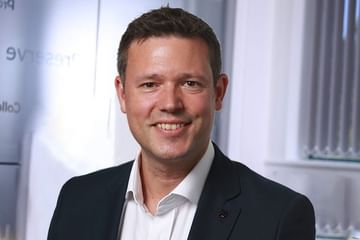 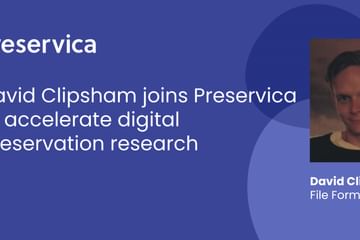 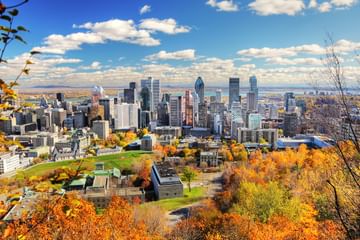