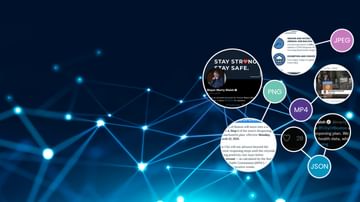 To answer this question, we’ll start with a look at the current state of communication on Twitter, then explore who can leverage social media preservation, we’ll touch on the emerging topic of tweets of public record, and wrap up with a video tutorial on how to keep a tweet alive forever with Active Digital Preservation for Twitter.

Now back to our original question — Why care about keeping tweets readable and useable forever? Afterall, isn’t Twitter just a bunch of pet memes and people sharing pictures of their food? 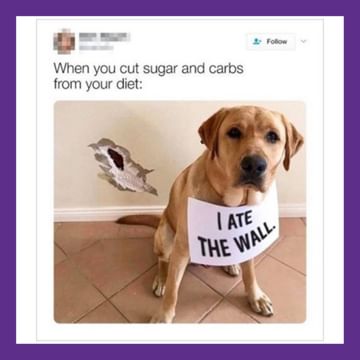 And while we’ll admit this is rather funny and we all love our pets here at Preservica. There’s probably not much use to keeping this forever. It begs the question – are there tweets that need to be preserved forever? Before we answer that question, let’s take a deeper look at the Twitter platform.

Conversations are shifting to social media, these channels are quickly becoming where the world’s dialogs are taking place and history is happening.

But, is there anything actually happening on Twitter that we need to keep forever? 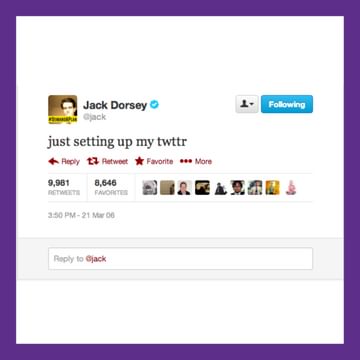 Out of this world tweets 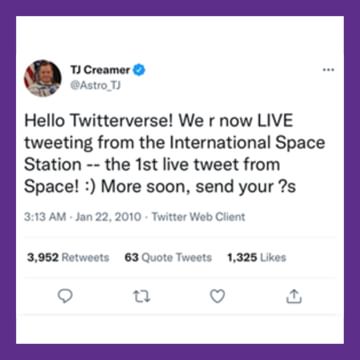 So what? Or, is it a part of history? In some ways, could losing it be like losing the now famous ​“That’s one small step for man..” audio from Neil Armstrong?

Here’s another example to consider. The way that the world learned about ice on Mars was from the unmanned mission’s dedicated Twitter account. 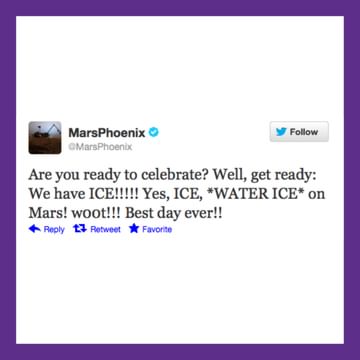 These examples show that there are indeed historically valuable information and news being communicated through tweets on Twitter that we may want to preserve forever. But, does the need for preservation go even further? Let’s take a look at some more examples from other types of Twitter accounts.

Businesses too are tweeting historically valuable campaigns and fostering natural moments that they want to preserve as a part of their brand story.

Our first example comes from @Jif — Jif Peanut Butter’s account where they weighed in on the GIF pronunciation debate — Is it Gif or Jif? 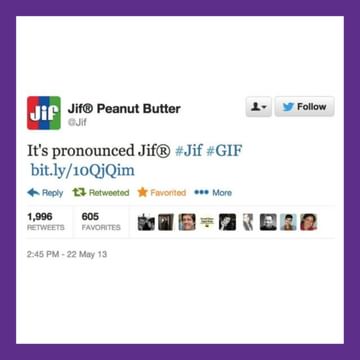 This tweet was an instant hit, generating close to 2,000 retweets and over 600 favorites.

Here’s another great example from @Delta — Delta Airlines’ account that parodies the famous Sir-Mix-A-Lot song, ​“Baby Got Back”. 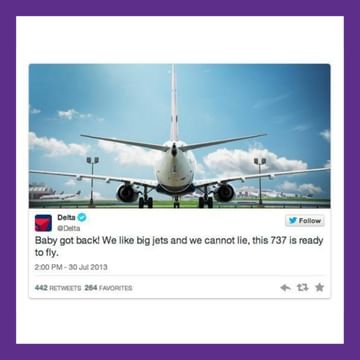 Or, this brilliant moment from frozen pizza company DiGiorno Pizza @DiGiornoPizza during the super bowl 48 in 2014. If you don’t remember Super Bowl XLVIII, I can’t say I blame you. The game was historic, but perhaps for the wrong reasons. The game was the largest margin of victory for an underdog and is tied for the third-largest point differential in Super Bowl History. It was a blow-out where the Seattle Seahawks defeated the Denver Broncos 43 – 8. One of the most entertaining moments of the entire game happened off the field on Twitter with this tweet. 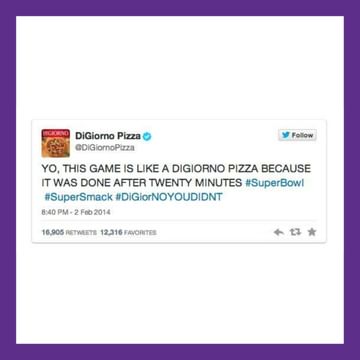 Over 16,000 retweets and 12,000 favorites! You decide — Is this tweet as valuable to the DiGiorno brand as a Super Bowl commercial spot (which by the way, cost $4 Million during Super Bowl XLVIII)?

Or, maybe a better question is:

Would the companies in these examples want to keep these valuable pieces of their brand history? As a marketer, my answer is an absolute yes!

Why Colleges and Universities want to keep tweets forever

The great thing about social media is it’s versatile. As we’ve discussed so far, it can be used to share anything — from something as trivial as a funny picture of your dog to something truly remarkable like sharing a message from space. It’s also accessible, so account types can be just as varied. One of the growing segments utilizing the power of Twitter is Higher Education.

According to this article from Wired​.com, Colleges and Universities are leveraging social media to:

Busi​ness​.Twit​ter​.com offered tips for Universities marketing on Twitter and recommends understanding your audience, using Twitter to gain insights and knowledge on sentiments towards your College or University, and tailoring outreach accordingly.

This thinking can lead to some preservable moments on Twitter. Let’s explore some examples from academic accounts. 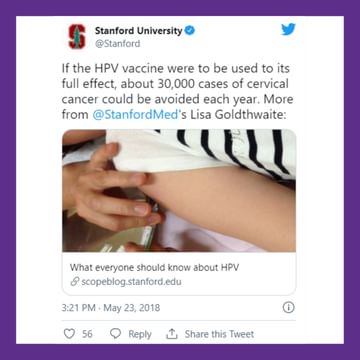 In this example, Stanford University is using Twitter as a sounding board for feedback and engagement for its research. This interest and engagement from students and fellow researchers is an important piece to preserve along with the research itself. It can help bring more life to the research and capture the response. 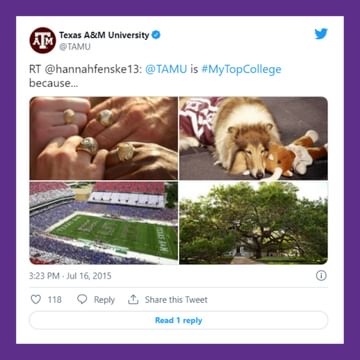 The Texas A&M account, @TAMU participated in a campaign around the hashtag, #MyTopCollege. The response from students provides a series of unbeatable testimonials like the one pictured above.

Recently, laregly due to communicating key announcements and directives during the pandemic, permanent public records have shown themselves on Twitter.

Our community members in government and public sector reached out to us with a preservation need.

These members of our community are no strangers to preservation. That’s because government takes on the role of steward of the taxpayer’s records, and most records maintained by public entities are open for public inspection and copying in perpetuity.

Let’s take a look at the types of tweets that need to be preserved as a permanent public record. 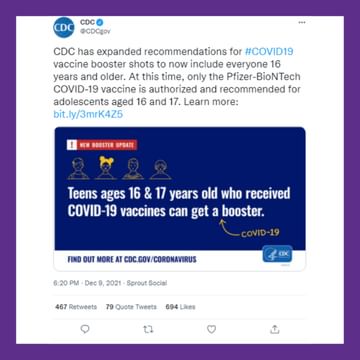 Directives like the CDC’s recommendation for COVID vaccinations are now being posted on Twitter. Tweets like these need to be maintained and readable in perpetuity as a record.

Here at Preservica, it became clear to us there is preservation need on Twitter. Active Digital Preservation is a moving target and our community of users are helping us stay at the edge of preservation and enable embedded digital preservation where valuable information assets are being created.

It recently sold for the equivalent of $2.9 million dollars! Here’s what the buyer tweeted: 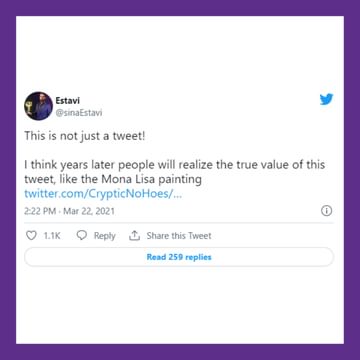 How do we preserve social media content like tweets? Let’s take a look with Gareth from the Preservica team showing how to automate the capture and preservation of social and web content and how to collate and present relevant assets to your target communities online.

Watch the video below to learn how to do this yourself.

How do we keep tweets alive forever?

Learn more and see Twitter preservation in action in this free on-demand webinar.

Watch this recording for a look at Active Digital Preservation for social media. We’ll dig deeper into this topic and explore how you can: 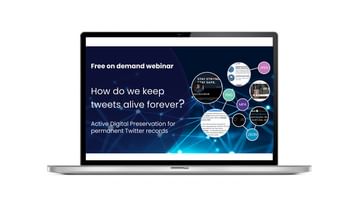 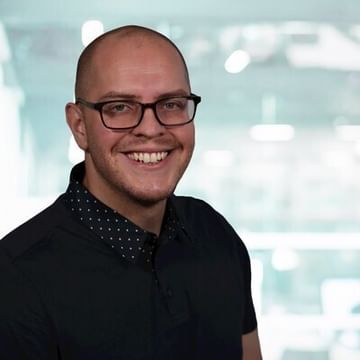 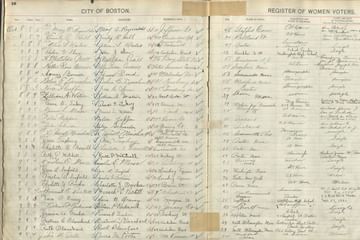 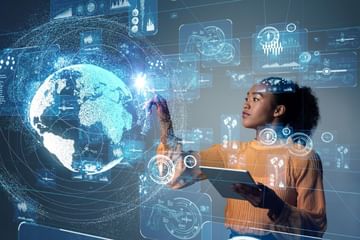 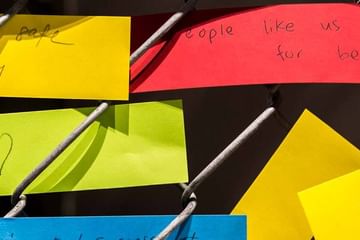